The Sno-Train was purchased by a private party in 2010. After its purchase, a company was hired to transport the Sno-Train and its wheels to the Yukon Transportation Museum in Whitehorse, YT.

Shipping this behemoth was not an easy task, nor was it cheap. Every trailer was an oversized load and required a pilot car for safe transit.

When the Sno-Train arrived at the Yukon Transportation Museum, it was placed on wood blocks until a crane arrived to help mount the tires and place The Monster.

You can see the non-oxidized paint color right above the Electric Drive. The lack of UV exposure and the large Firestone 120x48x68s slight rubbing on the body likely helped keep this area nice and clean – relatively so. The Sno-Train has been on a long-term loan to the Yukon Transportation Museum since 2010. 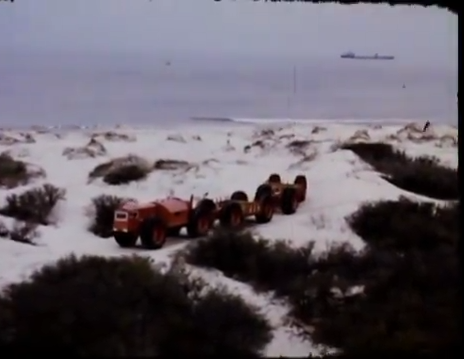 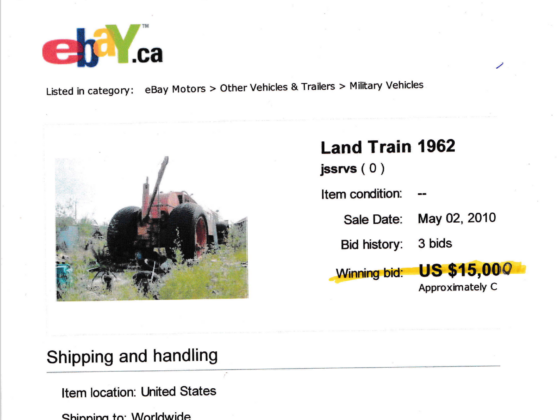 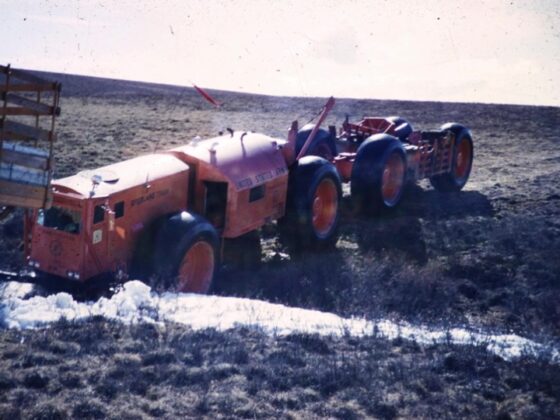 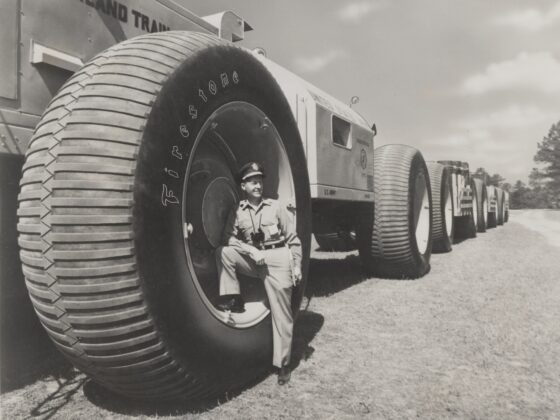 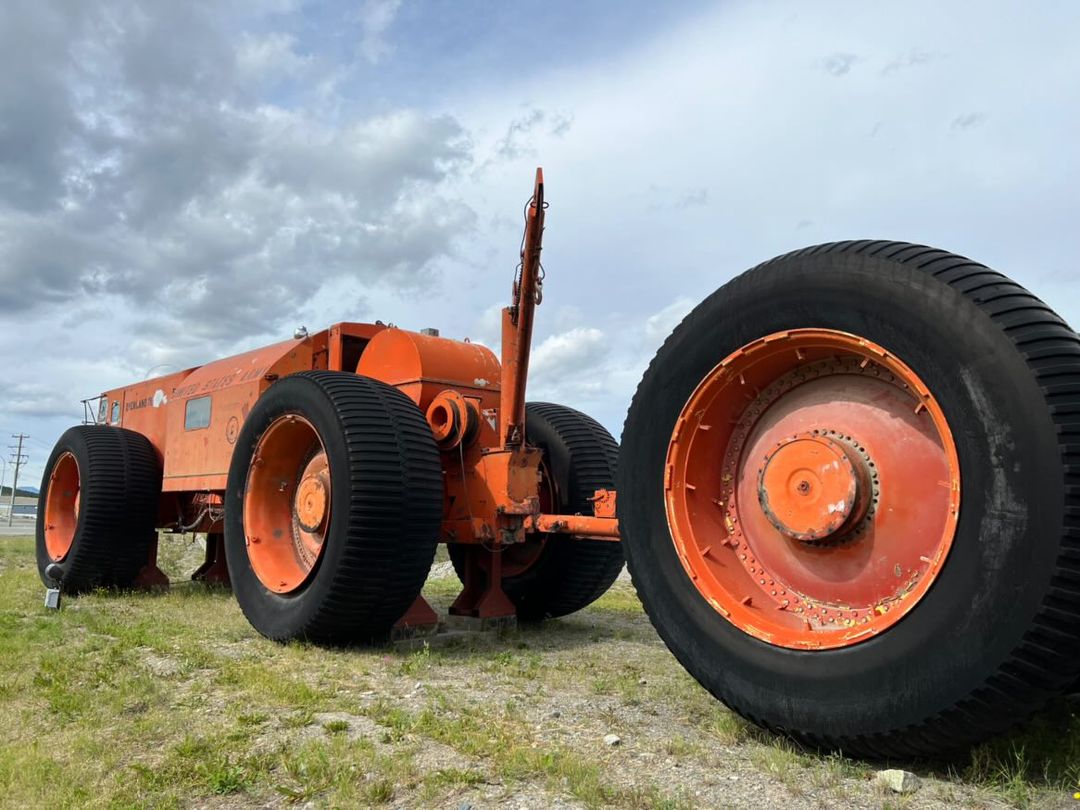